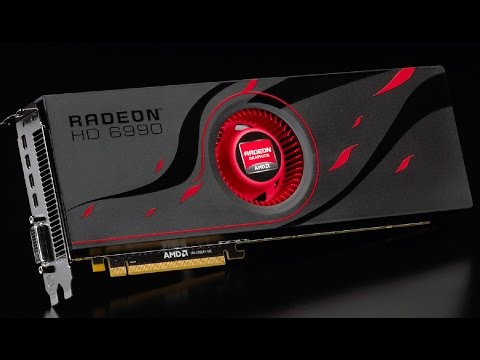 Hi all, I am obviously new here, but have good reputation elsewhere I am quite happy to jump through any hoops that give you additional peace of mind :)
If you live near Margate, UK you are welcome to pick up in person or I will ship (even internationally) as long as you cover the shipping costs.
Got lots of stuff I don't want, the prices I'm listing are just rough guidelines, If you can find any of my stuff cheaper elsewhere I will certainly lower my price. I pretty much did a rough price guestimate using eBay listings. Things with (boxed) mean that I have the original box for them. Some stuff I havn't priced up, just make sensible offers :)
I will accept pretty much any payment method if possible, Paypal, Bitcoin, BACS Transfer, etc. Just ask! :)
Without further ado, things:
£350 - Saphire AMD 6990

£40 - 4 x Corsair CX600 Builder series 600W power supplies (boxed) 1
£20 - 6 x AMD Sempron 140 2.7ghz processors (Maybe dual core unlockable) (boxed) 1
£5 - 3 x Kingston ValueRAM 2GB DDR3 1066Mhz memory (boxed) 1
£30 - 6 x Asus M4N68T-M LE V2 motherboards (boxed) 1
£140 - 1 x Iiyama E2607WSV 1920x1200 26" Monitors 2
£50 - Antec CP-850 850W power supply (requires CPX form factor case)3
£50 - Altera DE0 (Cyclone 3) FPGA (Brand new unused but open box)4
£35 - O2 Joggler hackable tablet thingy, powered by an Intel atom and most Linux distros have been ported. (boxed)5
NZXT Sentry LXE Touch screen fan controller 6
Asus P5VD1-X motherboard 7
Pentium 4 3ghz (I think, this hasn't seen the light of day in a while :p) 7
2 x 1GB DDR 400Mhz Adata memory 7
If you are curious about where all this stuff has been / come from, here's some history on everything :)
1) All of this stuff was purchased for bitcoin mining back in May 2011. It's all been faithfully mining in my spare bedroom since then, has turned a nice little profit, and is now a bit too slow to compete with all the other miners, so it's gotta go! photo 1 photo 2
2) These used to be the monitors I used on my main desktop. I decided to upgrade to 2560x1440 monitors, so these are now sitting in the spare bedroom not doing much. They were always great monitors though! photo
3) Used to be the power supply in my main PC, however when I upgraded to a new motherboard I could no longer fit my SLi setup in since the PSU was right up against the bottom of the board and I needed to utilise the bottom slot. Remember that this is the new CPX form factor by Antec, so you'll either need an Antec case or a hacksaw to get it to fit ;)
4) Bought this for bitcoin experimentation but never ended up using it. It got took out of the box and I looked at it, that was about it. Never been used and in the original box with all the things.
5) These are great fun especially for the price, I bought it and used it as a bedside clock for a while (Yay Ubuntu+Conky). I use my Nexus 7 to do this job now though, so this has been relegated to the cupboard. Has a green stuck pixel right on the edge of the screen. You can find lots of info about hacking them here
6) Used to use this as my fan controller but switched to a couple of BitFenix recons because I fan control in software. Looks really cool though. Shame I can't have this and software control really! :P
7) Used to be my old gaming PC, got relegated to being the home theatre PC and then got relegated to the cupboard :P, Hasn't been used in a while but I assume it all still works, will test it before I send it off.
That's all, again feel free to ask me any questions. or negotiate on the prices (especially if your ordering more than one thing). I'm on IRC (Freenode) should you want to IM me. :)

Hey Guys,
I built my first rig using the advise you guys gave me - a GTX680 gaming rig. It is however extremely inefficient for mining Bitcoins and other cryptocurrencies.
I wish to build a great ATI rig and put together two different set ups which essentially come down to a 4x7950 vs 4x7970. (it's almost impossible to get a 6990 let alone 4 of em).
Here are the tentative builds here. (I used pcpartpicker)
4x7970: [2] http://pcpartpicker.com/usedracodraconis/saved/1snT 4x7950: [3] http://pcpartpicker.com/usedracodraconis/saved/1sqM
Note that while the 7950 setup would have a lower hash rate, it also uses about 200W less power overall. I suppose, this may have a net benefit on electricity savings in the long run.
I am willing to spend a good amount of cash in pursuing this but want to be prudent about it as well. Would there be any way to optimize either build even further? I.e. cost savings/performance boost etc?
Also, is there a need for a riser card with my specific mobo? Will there be any notable difference in performance with/without it? If so, is there a particular brand I should get?
For reference values on bitcoin hash rates, see here: [4] https://en.bitcoin.it/wiki/Mining_hardware_comparison
It might seem like a pity to hook this up to a monitor and game on it, so I might do that at some stage :)
Here is the thread on /Bitcoin
Also, do you guys know of any video tutorials which show how to set up a 4way CrossFireX system? :D
Thanks for this guys, and apologies for the long post! Cheers!

A few questions about BitCoin Mining

My computer currently gets like 20MHash/s. I am debating whether or not to get an ATI 6990 because it supposedly gets 700, which with my rough math, should get like .0392 BTC a day, or currently roughly $4.90 USD. If I get a BitForce SC that gets 4.5-5GHash/s, I'd be getting .25 BTC a day, or roughly $34 USD per day. If I get four of them, that's like 1 BTC or $136 USD a day.
I'm just a little weary, as in if someone could make machines to make that much BTC a day, why'd they sell them? Also, it seems as thought this money is coming out of thin air. If I understand correctly, but I guess my question is why more people don't do this then.
Not sure if this has been asked before, but I haven't seen it.
Chart I'm using for my MHash/s numbers: https://en.bitcoin.it/wiki/Mining_hardware_comparison
Calculator: http://dev.bitcoinx.com/profit/

So, I built my current PC about 5 years ago, and got by by changing RAM and Graphics cards now and then, but after unsuccessfully trying to watch a video with it screaching at 100% CPU I guess I should change something.
Problem is, I know about half of the words they throw around in the ads, so perhaps one of you could take me by the hand. Just in case somebody wonders, the now:
Board: MSI K9A Platinum, Sockel AM2 ATI XPRESS 3200, ATX, PCIe
CPU: AMD Athlon64 X2 5600+ AM2"box" 2x512kB, Sockel AM2
GraCa: AMD Radeon HD 6990 (Thank you Bitcoin Bubble)
Now to the question, is it still viable to buy a high-quality Mainboard and be done with it for some years? If so, what Boards can you suggest that has a chance of supporting the hardware produced in four years? If not, any suggestions for a nice, cheap ATX board I can use my current Radeon with? Same with a Processor, I don't mind spending some money if that means quality and saves me upgrades in the future, but I don't need to put the little money I make in a new flashy part if the most graphic intensive thing I play is Guild Wars 2.
I realize this is a very broad question, and probably I deserve some lmgtfy link. Thing is, I did, and I'm just not sure and would love some pointers =)

2.4 Three ATI 5850s, Approximately 900 Mhash/s; 2.5 Three ATI 6990s, Approximately 2.1 Ghash/s; 3 Typical Dedicated Miner Configurations Using a Rack Mount. 3.1 Budget AMD Sempron / Dual ATI 6990: Approximately 1.4 Ghash/s; 4 Typical Multipurpose Miner Configurations. 4.1 High-end Intel-based miner/gaming rig: single ATI 6990, Approximately 750 PowerColor ATI Radeon HD6950 1GB DDR5 2DVI/HDMI/2x Mini DisplayPort PCI-Express Video Card AX6950 1GBD5-2DH by PowerColor 3.4 out of 5 stars 9 ratings Got a DM from a guy who said he’s making 10K usd from a single ATI 6990 please guys help us to stop those scammers. submitted by /u/baro0k [link] Warning: Bitcoin mining scammers!!! As above graphics cards are much more efficient at the Bitcoin mining process than CPU, so I based my hardware selection on a set up using the best AMD card available at the time which was the ATI 6990 – a dual GPU card. A mining rig is a computer system used for mining bitcoins.The rig might be a dedicated miner where it was procured, built and operated specifically for mining or it could otherwise be a computer that fills other needs, such as performing as a gaming system, and is used to mine only on a part-time basis.