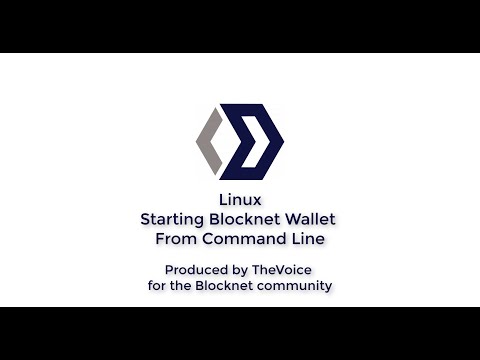 This release is optional but recommended. The latest mandatory upgrade is v3.0.5.1, but if you have any problems with earlier versions the latest version is recommended.
If you are running an older version, gracefully shut it down. Wait until it has completely shut down (which might take a few minutes for older versions), then run the installer (on Windows) or just copy over /Applications/PIVX-Qt (on Mac) or pivxd/pivx-qt (on Linux).
There are no special steps needed like config file changes but a backup is always a good idea.
A note from presstab in case it gets buried in the comments
Command line install and upgrade guide

(but you should still read the release notes on Github)

There have been cases of blockchain database corruption that can occur when PIVX client is not closed gracefully. The most common cases of corruption have been identified and the wallet will now automatically fix most of these corruptions. Certain corruption states are still unable to be fixed, but now provide more detailed error messages to the user as well as prompting the user to reindex their database.

Some error messages in the wallet have been too vague and done little to help developers and the support team properly identify issues. Error messages have been refined and are now more specific.

Many 3rd party services have reported that their debug logs have been overloaded with messages about unknown transaction types. This log spam has been fixed.

Many areas of the block validation code use a "slow" transaction search, which searches redundantly for transactions. This "slow" search has been removed upstream in Bitcoin and is now removed in PIVX. This provides a more efficient syncing process and generally better performing wallet.

Many wallets were having trouble getting past block 908000. This block recalculates certain aspects of the money supply and zPIV transactions, and is known to take longer to sync. Code has been added to allow block 908000 to be validated without the user needing to enter any special commands into the debug console.

Testnet is now accessible with this release of the wallet. Testnet can be accessed using the -testnet startup flag.

zPIV that were minted between block 891730 and 895400 were experiencing an error initializing the accumulator witness data correctly, causing an inability to spend those mints. This has been fixed.

Thanks to everyone who directly contributed to this release:
As well as everyone that helped translating on Transifex.

OSX 10.6.8, HFS+ journaled disk. Unfortunately I don't know if bitcoind was running or not while the machine crashed (we can assume it was). On SE Nick pointed out the exactly line I'm hitting, so if you want we could add there some more debugging infos to track it down.. i.e. it is not very good if you have to re-download the whole blockchain for a single corrupted element, especially since I installed Qt4 and Qt Creator. Now I need to know how can I run an application with in command line. I installed Qt and Qt Creator. If I need to create a project I need to open the Qt Creator and create new project and write the code there, compile/build with the Qt Creator. Is that the procedure in Qt. Simply put: that repository doesn't contain bitcoin-qt. I think the default client for Linux is the QT client so you just need: sudo apt-get install bitcoin Additionally, the 32bit version of this is currently failing to build. Talk to to repo maintainer to get an idea of the problem. "C:\Program Files (x86)\Bitcoin\bitcoin-qt.exe" -datadir=d:\BitcoinData Start Bitcoin, now you will see all the files are created in the new data directory. Linux. By default Bitcoin will put its data here: ~/.bitcoin/ You need to do a "ls -a" to see directories that start with a dot. If that's not it, you can do a search like this: Windows: Open your wallet folder, right click wallet-qt.exe file and click on create shortcut. Now right click the shortcut file, click on properties and edit the field labeled as target. By default it should be something like this: "C:\Program Files (x86)\Bitcoin\bitcoin-qt.exe"

To do so, right-click on the Start button (or press Win + X) and click Command Prompt (Admin) or Windows PowerShell (Admin) from the list. Then enter this command: How to Repair a DEAD Computer - Duration: ... Windows 10 Tutorial for Beginners - Duration: ... Reset password windows 10 via command prompt CMD - Duration: 1:50. Disclaimer : there are some apks which don't install well with adb so if you can't launch an app after the install just uninstall and install from playstore one example is Flipkart MIUI users have ... ★★★Top Online Courses From ProgrammingKnowledge ★★★ Python Programming Course ️ http://bit.ly/2vsuMaS ⚫️ http://bit.ly/2GOaeQB Java Programming ... How to run an update on an Ubuntu 20.04 Server (command line). The video also shows how to run the automatic removal to clean up unnecessary packages that are no longer required and also how to ...