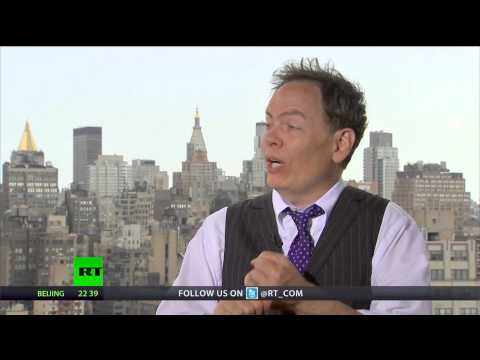 Useful Idiots: A brief Guide to the conspiratard tradition of anti-Americanism and support for dictators

In honor of all the love for Assad, Putin, Hitler, and Gaddafi in the conspiracy community as of late I figured now would be a good time to compile a brief guide to their dabbles in anti-Americanism and support for oppressive dictators. We get a bizarre two way relationship where the nutjobs happily accept the exposure and the rogue states are happy to wheel out these useful idiots on their fully owned and controlled propaganda stations so that they can tell their people how evil America (and Jews) are. The big question of course being: why do the propaganda centers of oppressive states bring on libertarians and conspiracists? Is it so they can talk about freedom for Iranians and russians and Koreans? No. It's almost exclusively to whine about America (and Jews). Both sides are looking to blame America/The West for .. everything. Enter: false flags, "blowback" foreign policy, and banker conspiracies. While we all can agree America and The West in general have a lot of issues, the difference is most people ("sheeple, if you will), don't run off like little anklebiters to legitimize other monsters in the process. They don't mislead nations of people who may or may not have the same free access to information we do.
While I start with some isolated cases of this on reddit this trend is common all the way up to their thought leaders. It's quite depressing how incomplete this list is but I tried to get some of the better stuff.
The Reddit Bottomfeeders
/conspiracy quotes Gadaffi as being prophetic about the "zionist lobby", upvotes everywhere: http://np.reddit.com/conspiracy/comments/1mhlo8/the_americans_are_good_but_america_will_be_taken/
Flashback: /conspiracy fireball NineteenEightyTwo goes ape when Putin is dissed [edit: comments appear deleted, unfortunately] http://np.reddit.com/conspiratard/comments/1mbbqv/nineteeneightytwo_flips_his_shit_at_the/
/conspiracy expresses support for Assad for banning GMO's and running his own state bank: http://np.reddit.com/conspiracy/comments/1l8s5b/let_me_get_this_straight_the_united_states_is/
Major subreddit /news bans RT, Russian sponsored media and conspiracy outlet, for spamming, vote manipulation. Summary brought to you by SRD: http://np.reddit.com/SubredditDrama/comments/1lf3tx/recap_rnews_bans_rt_for_spamming_reddit_goes_wild/
Various conspiratards create a protest subreddit at /newsrebooted in response to RT's banning. Subreddit already largely dead. Most posts now submitted by someone named vagina_sprout ...
A League of Their Own
Dennis Rodman, named as one of Reason Magazine's "heroes of freedom", later goes to North Korea and becomes a Kim Jong apologist: http://townhall.com/tipsheet/katehicks/2013/03/01/dennis-rodman-to-kim-jong-un-you-have-a-friend-for-life-n1523937
9/11 truther defaces memorial with image of ex-U.S. president holding a remote control: http://www.katc.com/news/lafayette-man-arrested-on-criminal-damage-trespassing-charges/
Higher Level Anklebiters
Matt Drudge, libertarian & Alex Jones fan and owner of link aggregation web site says Putin is leader of free world: http://www.thedailysheeple.com/matt-drudge-putin-is-the-leader-of-the-free-world_092013
Paul Craig Roberts repeats "Putin as leader of free world" with glowing endorsement of NYT Op-ed: http://www.lewrockwell.com/2013/09/paul-craig-roberts/stuck-pigs/
Iranian TV brings on Mark Dankof, contributor to conspiracy oriented "American Free Press": http://www.presstv.idetail/216005.html
Jesse Ventura, famous conspiracist, criticizes gangster government in USA and then flees .... to Mexico: http://www.mediaite.com/online/jesse-ventura-loses-tsa-lawsuit-threatens-to-run-for-president-andor-flee-to-mexico/
Max Keiser (populist, conspiracy theorist, bitcoin shill) hosts programs on both Russia Today and Iranian Press TV: http://en.wikipedia.org/wiki/Max_Keiser
Assad idolized by nutjobs for banning GMO's: http://www.asheepnomore.net/2013/08/syrias-president-assad-bans-gmos-in.html
Iranian PressTV: Tsarnaev's were 9/11 truthers, not terrorists: http://www.presstv.com/detail/2013/08/09/317875/tsarnaevs-911-truthers-not-terrorists/
Tsarnaev brothers had foreign connections, became fans of Infowars, watched anti-American/conspiracy film "Zeitgeist": http://www.salon.com/2013/08/05/tamerlan_tsarnaev_21st_century_conspiracist/
Edward Snowden
Snowden is a Ron Paul supporter: http://www.washingtonpost.com/blogs/post-politics/wp/2013/06/10/edward-snowden-apparently-a-ron-paul-supporte
Snowden flees to libertarian paradise of Russia, becomes pawn of Putin, thanks Russia, says "law is winning": http://www.usatoday.com/story/news/nation/2013/08/01/nsa-edward-snowden-russia-temporary-asylum/2607737/
Totally unrelated: Russian artist seeks asylum in France for painting unflattering works of Putin and Medvedev: http://worldnews.nbcnews.com/_news/2013/08/29/20243996-russian-artist-seeks-asylum-in-france-after-painting-of-putin-in-lingerie?lite
RT: Ron Paul fears U.S. government will kill Snowden with a drone: http://rt.com/usa/drone-snowden-government-paul-592/
RT & Alex Jones
Alex Jones says Al-Qaeda created by CIA on RT: http://www.prisonplanet.com/alex-jones-on-rt-al-qaeda-created-by-cia.html
Alex Jones denies Bin Laden death on RT: http://www.politico.com/blogs/bensmith/0511/Alex_Jones_on_Russia_Today.html
RT: 911 reasons why 9/11 was (probably) an inside job: http://rt.com/usa/911-attack-job/
Conspiratards rejoice as RT once again implies 9/11 was an inside job in 2013: http://911blogger.com/news/2013-09-08/911-and-operation-gladio-russia-today-declares-911-inside-job-false-flag-attack
Alex Jones tweets that Boston Bombing likely an American false flag, turns out the perps were fans of his: https://twitter.com/RealAlexJones/status/323881158628761601
Ron Paul Totally Isn't a Conspiracist or Anti-Semite
Tehran TV loves Ron Paul and conspiracy theorists: http://www.aim.org/special-report/tehran-tv-loves-ron-paul/
Ron Paul refuses to even entertain the possibility Assad used chemical weapons, calls it "false flag": http://www.youtube.com/watch?v=S58wRrd3aeI
Iranian state TV brings on Ron Paul to talk about ... Israel, says Palestine is like a concentration camp: http://www.thegatewaypundit.com/2011/12/flashback-ron-paul-goes-on-iranian-tv-bashes-israel-and-defends-hamas-video/
Ron Paul takes time out of his busy day to remind us that 9/11 was America's fault, Rand forced to distance himself from comments: http://www.politico.com/story/2013/09/ron-paul-september-11-rand-paul-96729.html