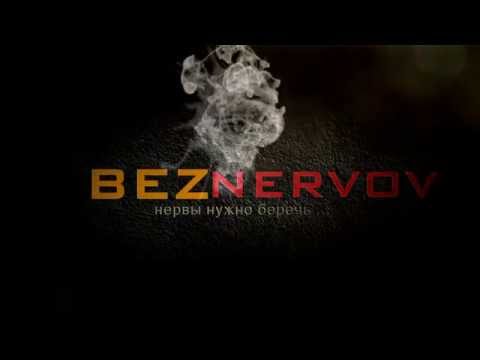 BFL lied to customers, I may as well share how they flat out lied to us as well


Hi [killhamster],
Thanks for your patience. It looks like the site issues are mostly fixed.
My name is Jeff Scott and I bought Buttcoin.org because I believe there is space for an Onion type parody site in the Bitcoin world. But let me be clear - I like Bitcoin. I believe in it. I also know many of the companies who operate in Bitcoin. Some of the owners of these companies are friends of mine. And thankfully, many of them have a sense of humor and understand parody.
In order for Buttcoin.org to survive, it needs to generate revenue. In order to generate revenue, you need to attract advertising from the people who are making money in Bitcoin. My job is to sell this "parody" business model to them and convince them that we can do our parody in a way that will make fun of them and Bitcoin but won't hurt their businesses. If we can walk that fine line, we can generate revenue and still remain cutting edge and humorous.
While I don't necessarily agree with whitewashing bad news, I think stories can be told in a way to take digs at companies and products without harming their reputation too much.
The article about Butterfly Labs at the top of your popular stories is a good example. Do you know how much money Butterfly Labs has made in this industry? It's quite a bit. And they advertise a lot. That customer alone would pay for our expense (and more) per month. But they would never advertise with us in the current state.
The bottom line is this - Buttcoin.org will not be forum troll bait any more. Bitcoin is bigger than Bitcointalk and Reddit. We're in new territory. If we want to capture revenue, we need to build this site into something new. We have to change the way we write stories.
One of the first things we need to do is clean up some of these older articles. The Butterfly Labs article is an example because it's a top story. I took a stab at making the post positive for now until we can figure out our "new voice." I need to start attracting advertisers. I would like you to rewrite the Butterfly Labs stories so they are not forum troll slams, but parody. Here's an example of a headline that would take a dig at the company and Bitcoin but maybe give them a little boost.
Current headline: The Butterfly Labs Mini-rig is a huge broken unstable piece of shit. (it has been proven that while you might not get rich with one, the product is not that bad) Possible new headline: Butterfly Labs Mini-rigs Mine Detroit Out Of Bankruptcy. "The Detriot city council finally took delivery of 2 Mini-rigs from Butterfly Labs..."
This is just an example I thought off the top of my head. It takes a dig at Bitcoin, the fact that the Mini-rig will not make anyone rich, but at the same time doesn't offend a possible advertiser.
So, this is the direction I want to go. There is a place and budget for a writer who can help make this happen. If you think it's you, please let me know and we can work on moving forward. If you cannot accept this new direction, we will have to part ways right now.
Thanks


I don't necessarily want to tone down the site. I just want advertisers.
I understand your feelings about Butterfly Labs. I know the industry quite well. Avalon had issues, KnC had boards explode in the wild and I don't see any articles nailing them for shipping less than perfect products. Every single hardware manufacturer has missed their target dates for delivery. It's not just BFL.
BFL did just ship out 45,000 bitcoin miners which is a pretty big task for a company that started 2 years ago and I know they are replacing units that are not functioning. But this is not the point. They pay another site (I know the owner) $1000 a month to run banners. I can make a deal with them overnight. This doesn't mean I am tying myself to them. It means I am taking their money. I'm not sure how much [FCKGW] was paying you to write, but I think he mentioned a % of revenue and adsense couldn't be making that much.
Let's make fun of Bitcoin and Bitcoin Mining, but try to stay brand neutral.
Let me know if you're interested.


The BFL stuff is temporary. I want to rewrite them later. If you want to change the author on them for now that's fine. I'll do that. I'm working on a deal for ad space with them. It's an olive branch.
Sorry slammed today. Will answer the rest soon.
Thanks

Tera Hash Rate is going to explode. What happens afterwards?

Bought myself a 5GH/s BFL miner. Not expecting to see it until June. Numbers like this make me fear even wanting to connect that device to my PC when I get it... Will it even be worth mining without a Mini Rig SC or Avalon at that point?
" In the next few months, Bitcoin network hashpower will only continue to increase. Avalon’s three shipments altogether will make up a total of 1500 units, or over 75 TH/s, and ASICMiner is planning 50 TH/s by the end of April, and 200 TH/s soon after. By the end of the year, ASICMiner’s friedcat writes on Bitcointalk, ASICMiner’s total hashpower may be as high as 1000 TH/s, and friedcat even adds that “some may say that 1,000TH/s at the end of this year is too conservative.” "
Link to article hosting this quote: http://bitcoinmagazine.com/bitcoin-developer-receives-first-butterfly-labs-asic/

BFL Labs - What I know so far

Hey guys,
Not sure if you are aware, but Josh from BFL labs has advised units to begin shipping end of april. (Hopefully)
https://forums.butterflylabs.com/announcements/692-bfl-asic-status-3.html
There have been further annoucements and talk in the shoutbox regarding this.. information seems to be all over the place. so this is what I know so far:
18/04/13: At this stage they are in the final stage of testing and fine tuning the power consumption ( predictions showed it to be in the range of 1GH/J but its now looking closer to 170MH/J ) This will also likely improve over time but is still miles ahead of Avalon and GPU miners.
Minirig is no longer available for purchase as they cannot fit it in the case that it was intended for so after the Single SC is finished they will look into the minirig again, But the minirig is composed of Single SC's that are running on a higher clock due to more optimised cooling.
The chips are FINE. The delay is re-engeneering the power system on the boards to handle to extra consumption.
IMHO I think they will start the shipping process on end of april, They will start with the Jalapeno's and work their way up. Still no ETA for minirig though..
You may have heard about the tour on reddit http://www.reddit.com/Bitcoin/comments/1c3hyc/toured_butterflylabs_a_few_hours_ago/
This was confirmed by Josh but he also made a valid point, "Why would we pay staff to stand around watching" Once the shipping process begins they expect to ship 400 units per day. I would say the first week would be 200 units per day average while they sort out all the kinks. But I have high hopes.
UPDATE: Photos of Mini-Rig: http://imgur.com/a/Uanjr#0 Please note these may be an older model, But give you a better idea of how a slightly larger PCB will affect the production..
If you have ordered from BFL Labs, Please fill in your details here so we can publicly track how many have been delivered etc.
UPDATE 2: Found this on BFL website.
BFL will make 400 units/day. 2,000 units/week. 8,000 units/month. That means: ->4 months = 32,000 units ->5 months = 40,000 units ->6 months = 48,000 units
UPDATE 3: There are many photos and some misc information on BFL and the ASIC miners below. Forum registration is required for some photos. https://forums.butterflylabs.com/bfl-forum-miscellaneous/1099-orders-shipping-pictures-facility-when-my-stuff-here-why-delays-shipping.html
UPDATE 4 (2/5): There is a BFL update email going out now, so check your inbox. Also, Josh has been posting stuff in the last 12 hours, so I'll be sending out some quotes shortly.
BFL_Josh on order confirmation: I'd wait awhile before trying. It's not like we're going to cancle your order today. You got 10 days or so... BFL_Josh - Yeah Product server is dying.
We are doing this so that we can be sure everyone understands that the power usage is more than we planned. We don't want to get into a situation where we ship something out that someone isn't expecting.
BFL_Josh - Product server is overloaded. Wait awhile to confirm your orders. No orders are in imminent danger of being refunded without approval. Clicking accept does not change your place in the order queue.
BFL_Sabina - When the website is back up, please log in to the website and proceed with the confirmation process there. Confirmation by email is not accepted.
If you check the products page you will see the Single SC is much larger than originally intended and this confirms what I was saying earlier about the larger PCB. Will update when I hear further.. I would say they are staggering the emails as their website is overloaded and I don't have an email personally yet.. however this is all in the last 2 hours.. so we shall just have to wait and see...
Check back here for more updates. I will update as soon as it is available. Find the information helpfull? Tips are appreciated :)

Generate bitcoin with Bitcoin miner pro 2018 V 3.2 generate has been published after epic three weeks beta testing, which ended with great success. This tool will NOT let you down. All features are included and described in notes.txt file which you will get with installation file. Generate bitcoin with Bitcoin miner p GET FREE BITCOIN WITH OUR NEW BITCOIN MINER ! YOU CAN GET UP TO 0.5 BTC PER DAY WITH THIS BITCOIN MINER. The professional team of programmers who built Bitcoin Miner PRO 2018 V 3.2, focused largely onthe technical infrastructure. The backbone of our BITCOIN MINER v3.1 tool is solid. It ensures great speed, high securi The 21 Bitcoin Computer isn’t considered as a Bitcoin miner, however, it plugins to your computer via USB. In terms of $/hash rate, it’s not a very good choice. Having to use this option is not as popular as such since the Bitcoin was only profitable in the early years before the competition has risen over the years. The Avalon Nano 3 is the Newest USB miner, containing one A3233 core. With its Awesome/cute appearance and easy-to-use GUI, The New Avalon Nano3 will be your friendly guide to the world of Bitcoin mining and mining in general! Bitcoin Mining Hardware Comparison Currently, based on (1) price per hash and (2) electrical efficiency the best Bitcoin miner options are: AntMiner S7 4.73 Th/s 0.25 W/Gh 8.8 pounds Yes N/A 0.1645 AntMiner S9 13.5 Th/s 0.098 W/Gh 8.1 pounds Yes N/A 0.3603 Avalon6 3.5 Th/s 0.29 W/Gh 9.5 pounds No N/A 0.1232 PROS It is the second most productive Bitcoin miner on the market Stated in some